Oban is a small coastal university town with around 8500 people but due to its thriving tourist industry in the summer, its growing student population and as a rural hub it provides more facilities and services than its size would suggest.​

Oban is connected via trains and buses to the main Scottish population centres of Glasgow and Edinburgh (both of which have international airports). A small airport at near-by Connel and the busy ferry port connect the town to many of the diverse Hebridean islands.​

The town has a hospital, a high school, numerous primary schools, nurseries, a modern leisure centre, a public library, and many pubs, shops and restaurants. The town hall (Corran Halls) hosts touring and local cultural performances, festivals, fairs and conferences, and there is a two-screen modern cinema.​

The stunning scenery offers access to many outdoor pursuits.​ 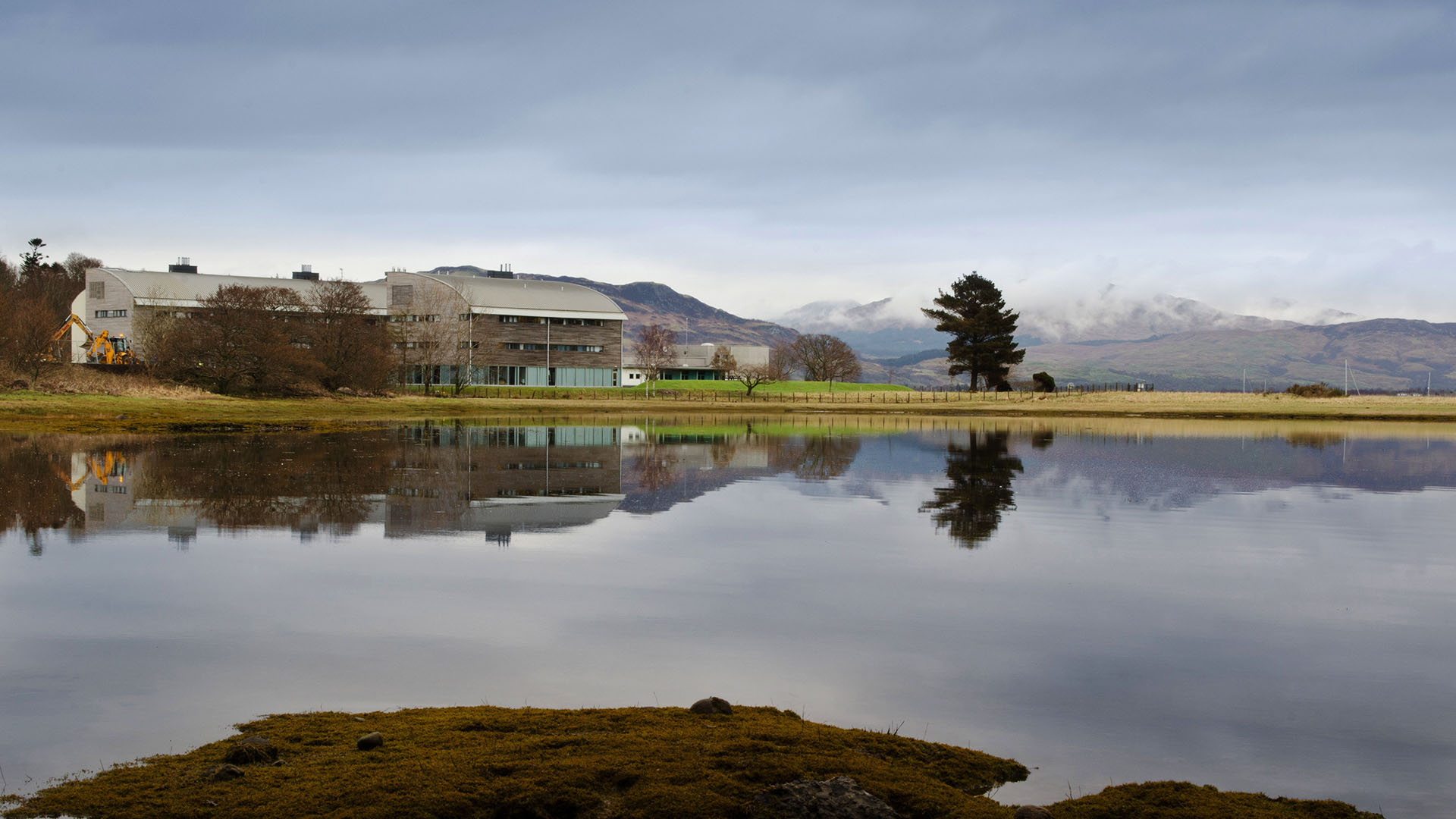 Many students and staff choose to cycle to the institute and a new cycle track from Oban’s Ganavan beach is a pleasant and safe way to make the three mile journey. SAMS has a roofed bike shed and a bike repair station. ​

Most students and visitors stay in Oban. There is a regular bus service – operated by West Coast Motors – from Oban to Dunbeg, the village adjacent to SAMS. Just catch the 405 from Oban and it will take you to Dunbeg – or occasionally all the way down the road to Dunstaffnage / SAMS – for as little as £2! West Coast Motors runs several other lines throughout the highlands.​

There is easy access to the islands through Oban’s Caledonian MacBrayne ferry terminal. ​

There are regular buses and trains running to Glasgow and Fort William, and connections from there to the rest of the country. For general public transport information for Scotland visit the Traveline Scotland website.​

The Oban and the Isles Airport in North Connel currently has scheduled flights to the the islands of Coll, Colonsay, Islay and Tiree. It also offers scenic flights of the area in the summer as well as flying lessons. Private pilots and commercial charters from around the UK and Europe can also land.​

The nearest international airport is Glasgow International, which is two hours by car away from the institute. Edinburgh Airport is three hours car journey away from Oban.​

Oban has a Tesco, Marks and Spencer, Lidl, Aldi and Farmfoods alongside a multitude of small independent shops. Surrounding villages usually have a corner shop for essentials, eg Dunbeg, Connel, Benderloch, Balvicar and Taynuilt!​

There is also a minibus, car and bike hire business.​

Roxy’s is little caffe near the town center great for coffee and lunch and if you would like locally produced coffee and cakes Hinba is on the main street.​

The town is full of places to eat, from small take-away cafes, chippies and an open-air seafood shack at the harbour to top end restaurants and everything in between. Oban is often referred to as the Seafood Capital of Scotland, so make sure to check out if that is an accolade it deserves! There are small local businesses like the Oban Chocolate Company to sample or chains such as Costa.​

There are at least eight pubs in the centre of Oban, ranging from the traditional Oban Inn to the , and many surrounding villages have their own olde-worlde pub too. Apart from meeting the locals you might encounter live music, DJ entertainment or sport on the big screen.

The View is a bar with a view of the beautiful front of oban bay, music, Ceilidh and event venue.​ 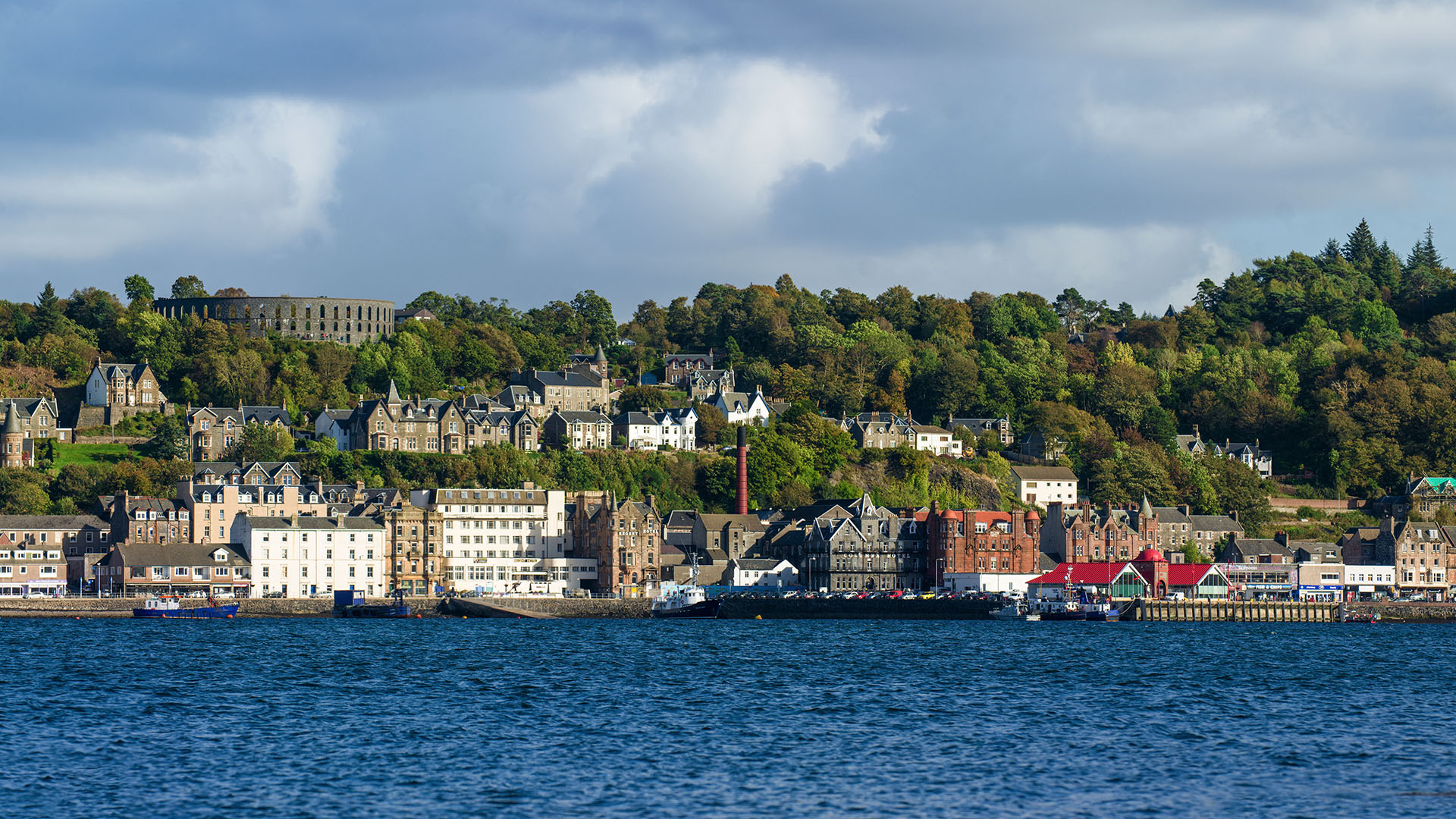